Initial thoughts on the discussion about reforming secondary education in Israel

At first glance, it appears that in the interview in TheMarker (June 27th, 2021) given by Ran Erez, the Chairman of the Teachers Organization, he is rejecting the ideas of Yifat Shasha-Biton, the new Minister of Education, with respect to the far-reaching reform in secondary education proposed by the Ministry of Education. Nonetheless, closer examination of the debate reveals hidden positive elements that leave considerable room for negotiation between key stakeholders.
The main claim made by Erez—and one that is for the most part justified—is that the Minister did not hold any discussions with the teachers’ organizations before presenting her proposals. Nonetheless, his interview indicates that no ideas will be automatically rejected, and that there is room for reaching agreement on some of the issues.

1. Reducing the number of teaching hours

The Teachers Organization is concerned that the proposed shift to a five-day school week and the proposed changes in the matriculation exams will lead to a reduction in the number of teaching hours and the firing of teachers. The Ministry of Education should make it clear that reducing teaching hours per class or subject would not reduce the hours allocated to the education system (both in the elementary and secondary systems) by even one hour and that the entire effort will go to reducing the maximal class size—from 40 to 30 students, or even fewer. Such as promise should significantly mitigate the opposition of the Teachers Organization.

2. Changes in the matriculation exams

a. “Any attempt to reduce the amount of learning material will harm teachers and pupils.” This statement by the Chairman of the Teachers Organization has no support in educational research. Studies show that the connection between number of teaching hours in a classroom (up to a certain limit) and achievement is weak and it is not at all clear whether it holds when class size is reduced. With respect to teachers, and as mentioned above, reducing the number of teaching hours per class or students does not have to be accompanied by a reduction in teachers’ workhours. This is true with respect to both the subjects included within the matriculation certificate—particularly the subjects that are assessed externally—and the subjects that are not a prerequisite for receiving a matriculation certificate.

b. The Chairman of the Teachers Organization claims that changes in the matriculation exams (primarily the reduction in the number of exams) will harm pupils for two reasons: (1) A high school diploma will not be perceived as reliably reflecting the achievements of a pupil when he applies to institutions of higher education; and (2) in subjects for which there is no external exam, pupils will no longer treat their studies seriously. These two claims are problematic. First, there has recently been growing criticism from institutions of higher education of the outsized role of matriculation exams, and a call to replace them with alternative methods of evaluation, as has been done at some of the most prestigious universities in the US and the UK. They have cancelled exams that are essentially similar to the matriculation exams as a tool for selection. Second, cancelling the matriculation exams, by replacing it with a high school diploma that would include all of the subjects learned by the pupil and not just those externally assessed, can boost the importance and prestige of other subjects by eliminating the current hierarchy of subjects: subjects externally assessed through matriculation exams with bonuses, other subjects included in the external exams, and subjects that are not included in the external exams.

c. The concern that cancelling the matriculation exams will harm the motivation of pupils is certainly justified in the case of some pupils. In this case, there will be a need to change teaching methods and curricula. Nonetheless, abolishing the matriculation exams will in fact enhance the value of the high school diploma which will be based on a three-year average grade in each subject and will relate to other important elements of the pupil’s behavior and personality, as revealed during the three years of his high school studies.

d. The Chairman of the Teachers Organization expressed concern about the salary additions given to teachers to compensate them for preparing students for matriculation exams. Here it may be possible to reach an agreement that any amount currently allocated to the matriculation exams (which amounts to more than NIS 1 billion, devoted to all related expenses including “matriculation compensation”), will be added to the total amount allocated to teachers in the secondary system. This will eliminate wage discrimination between teachers who teach matriculation subjects in the higher grades of the secondary system and teachers in Grades 9–10 who teach “less important” subjects not included in the matriculation certificate.

3. Shifting to a five-day week

Shifting to a five-day school week is primarily a professional issue, with opposition arising over whether teachers should have a day off during the week to further their own education or for any other purpose. This is an issue that can be resolved. For example, the school could operate for six days per week but the pupils learn for five. The claim that there is a need to keep pupils in school to prevent undesirable behavior doesn’t appear to be a serious one (since school is neither a babysitter for infants nor a penitentiary for preventing non-normative behavior among adolescent pupils), particularly if the pupils are given self-learning assignments and other tasks. It is also possible to designate this sixth day for remote learning. In any case, I am of the opinion that the shift to a five-day learning week is not among the core of changes needed in the system.
Given all these considerations, it appears that if the new Minister is prepared to enter into serious negotiations with the Teachers Organization as part of a genuine desire to reach an agreement that will be beneficial to teachers rather than to their detriment, then it is certainly possible to arrive at a plan that will facilitate the changes so urgently needed in our education system. 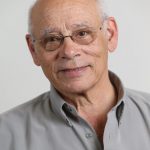 Why did the Ministry of Education fail to achieve the goals of the amendment to the Special Education Law?

Four years after ratifying Amendment No. 11 to the Special Education Law, the Ministry of Education admits its failure to

To our good health

Dilemmas and Developments in Early Childhood Care in Israel

Independence Day 2022: How right we were in our population growth rate forecasts

In honor of Yom Haatzmaut, the CBS just published the latest population estimates for Israel. Anyone hoping to see high