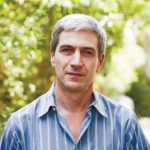 However, to date, there has been a lack of data on the scope of these organizations’ activities and funding. A new Taub Center study, conducted in cooperation with the Center for the Study of Civil Society and Philanthropy at the Hebrew University, maps out the welfare nonprofits in Israel.

The study includes an analysis of active organizations working in the field of welfare between the years of 2013 and 2016 whose annual revenues exceeded NIS 500,000 – a total of 748 organizations. The research examines characteristics such as sources of revenue, the number of paid staff and volunteers, and the target populations they aim to reach.

The organizations are classified according to how long they have been operating, the scope of their economic activity, their geographic distribution, and other characteristics.

Many organizations are intended for the Haredi society, but few for the Arab Israeli society

Of the welfare organizations analyzed in the study:

The total revenue of the welfare nonprofit organizations examined in the study amounts to NIS 13.8 billion a year. 23% of that sum goes to organizations working with children and youth, 22% to those focused on the elderly, and 21% to those addressing the general population. The main sources of revenue are the provision of services (39%) and public funding sources (34%). Additional funds come from donations and bequests (25%). Personnel in organizations is largely reliant on volunteers

More research on this topic

A Sociodemographic Profile of the South

The study maps out residents of the Negev by...

Looking forward: How we move ahead a year after the coronavirus crisis struck Israel

Taub Center researchers have mapped out challenges and opportunities...

Investing in the future – Israel’s approach to social welfare

In the past decade, welfare state scholars have begun...